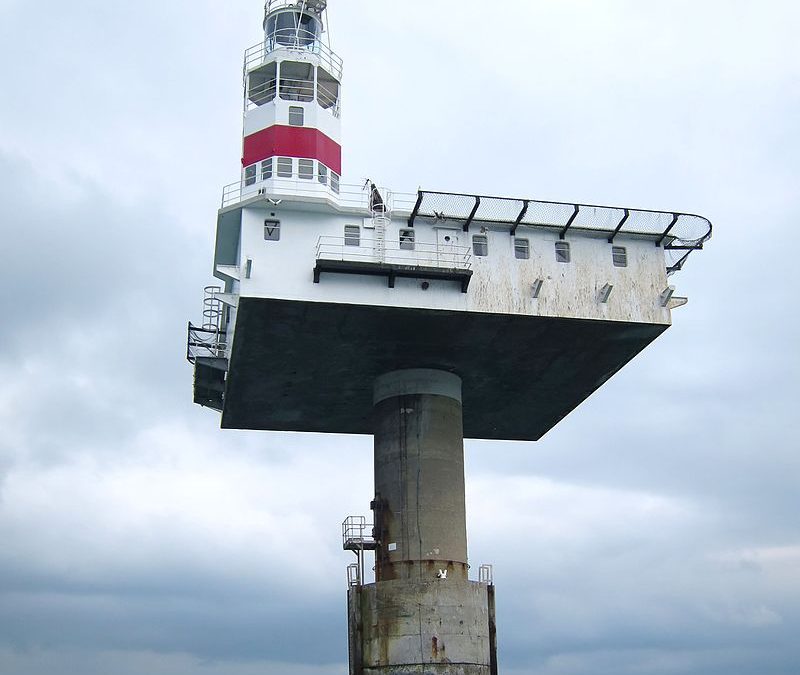 Less than 50 years after it was constructed, the Royal Sovereign Lighthouse, in the English Channel, is to be dismantled.

Prior to the lighthouse, a lightship that had marked the Royal Sovereign Shoal since 1875.

Originally, the platform was manned but the light was automated in 1994.

In June 2019, Trinity House announced that the lighthouse would be decommissioned, and then removed, due to the structure’s deterioration.  Work will begin to take the lighthouse apart in 2020.

Our over-water lighthouses (Cape Jaffa, Tipara Reef) lasted more than twice the life of Royal Sovereign and perhaps could be still active if the maritime authorities had wanted. Granted cost would have been the factor. In Florida USA several over-water lighthouses have only recently been deactivated and Fowey Rocks Light built in 1878 remains active.

Once Trinity House have decommissioned the Royal Sovereign Lighthouse, Beachy Head Lighthouse will be upgraded which will secure its place as the principal aid to navigation in the area.

In February 2011, light range was reduced to 8 nm (15 km) by the installation of a new LED navigation light. The old lens, though no longer in use, was left in situ. The fog signal was also discontinued.  Trinity House announced in 2011 that it could no longer afford to repaint the distinctive red and white stripes and that it would have to be left to return to its natural granite gray. It stated that because boats now have high tech navigational systems the day marker stripes are no longer essential. However, a sponsored campaign to keep the stripes was launched in October 2011. The required £27,000 was raised. The tower repainting was completed in October using a team including two abseilers. Five coats of paint were applied to the copper lantern at the top and three on each hoop of the tower. 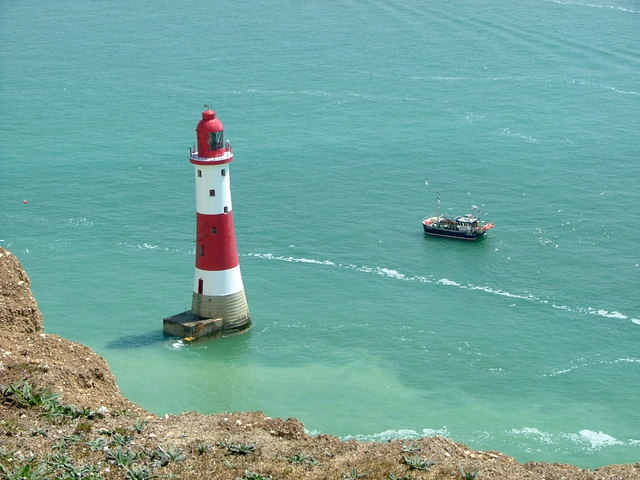 Beachy Head was constructed between 1900 and 1902. A cable car from the cliff above was installed to transport workers and stones to the lighthouse construction site. 3,660 tons of Cornish granite were used in the construction of the tower.

A selection of videos on the Royal Sovereign lighthouse and lightship

A selection of videos on Beachy Head lighthouse